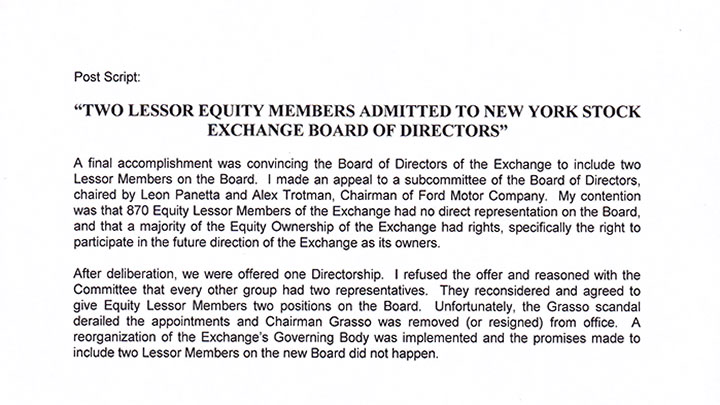 After deliberation, we were offered one Directorship. I refused the offer and reasoned with the Committee that every other group had two representatives. They reconsidered and agreed to give Equity Lessor Members two positions on the Board. Unfortunately, the Grasso scandal derailed the appointments and Chairman Grasso was removed (or resigned) from office. A reorganization of the Exchange's Governing Body was implemented and the promises made to include two Lessor Members on the new Board did not happen. 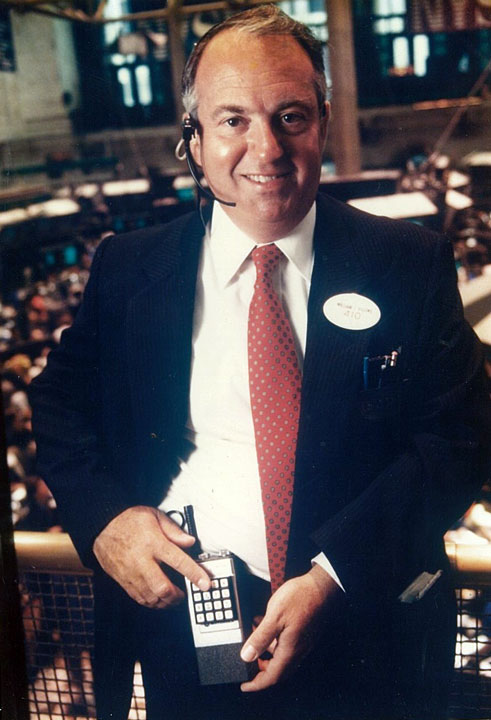